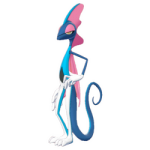 aka Inventor of the Time Dilation Machine

Hello! I am FourSevensRiolu, an avid player of antwar.io. I was previously a bureaucrat and founder of several indie game-based wikipedia communities, and I am trying to continue my work on this game. I am a member of the clan Tempest who creates new strategies and posts them here; otherwise, the only time I edit is for update fodder.

I have a Discord account that I never use (because it is glitchy and often hacked), but I do look at the Twitter notifications for the game.

Having Me on the Team Edit

I can provide several benefits to a team, but I like to play strictly to a set code.

My main weaknesses are:

My main strengths are:

"Save the Queen" Fanfiction Series Edit

I am also beginning an antwar.io fanfiction series.

Information About Characters (SPOILERS HERE AND BELOW) Edit

Information About Kingdoms (SPOILERS HERE AND BELOW) Edit

Information About Ant Lifestyles (SPOILERS HERE AND BELOW) Edit

Retrieved from "https://antwario.fandom.com/wiki/User:FourSevensRueful?oldid=1865"
Community content is available under CC-BY-SA unless otherwise noted.